POW’s Past and present!

It is and probably always has been one of the top 3 fears for a soldier. It sits, equal to death or serious injury in that dark cloud that hovers over every soldier. It is being captured. I have been reading a lot of American Civil War history as of late, and a lot of my predecessors and their family members became POW’s. The two sons of Col. Joseph M Wells, Miles and John, the last time he saw them they were on a boat, after the surrender at Ft Donelson, they asked him, “Father aren’t you coming”, he wanted to wait for more of the troops, before he left. I think they went to the infamous prison outside Chicago, a hell hole, disease, men freezing to death, you name it, a very unpleasant place to be. They didn’t come home. He was my great, great-grandfather, My Great, Grandfather, James K. Bartlett, Col. Wells, son-in-law, was captured at the west side of Lookout Mountain. He was sent out that morning with his Co. to help strengthen the pickets, on the west side of the mountain along the canyon. The Yanks, in a mighty surge, broke through their ranks, and captured most of their company. They were strong men, used to a hard life, battled hardened, but by now in many cases were shoeless, clothing in pitiable condition, malnourished, diseased, but loyal to their cause. James K. hadn’t eaten in so long, when the Minnie ball pierced his stomach, there was nothing to spread it, so it just went right on through. He was captured, survived, sent to the also, Infamous, Rock Island prison in Illinois, he was there until the war ended. He walked home. If you want to see what Americans can do to each others, Google Rock Island Prison, Ill.
Yeah, and by the way, it wasn’t just the Yankees, Rebs did it too.check out Andersonville!
Now the food for thought, these people were not particularly much difference than us, what makes you think, we would be much difference if this every happened again. Next time, I am going to talk about more recent POW’s. 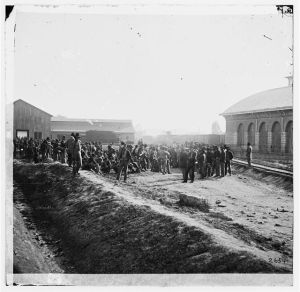 Thoughts about the Civil War

In one of my new novels that is written about my ancestors and their involvement in the American Civil War, I have studied them for several years and know quite a bit about them.  Nevertheless, I felt a need to do research to get the history correct. Upon starting this adventure, I came upon a blog One Hundred and Fifty years old written by Rev. Samuel Agnew. It is a journal written by one of their neighbors in 1863 and 64. I started reading it and came away with an entirely new perspective about their lives, and the lives of some of the slaves of that period. Whereas, I could never support slavery of  any kind, for any reason, I found that some of the African American folks did find a way to develop an affinity for their white families.  I found various narratives illustrating that. I am aware of all the horror stories of that period, and have no doubt there are many more than of which I am aware. I grew up in a time and a place where a person of color was not allowed to spend a night in the county in which I lived, and even in my own family witnessed many disparaging remarks about the African American people.  I was an adult in the 50’s and 60’s when the struggle for racial equality was at it’s height.  I find it still difficult to understand when I hear the remarks about our president, and know that most of the criticism of his presidency is based not on what he has done, but to the color of his skin. 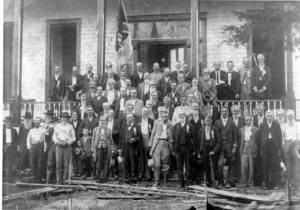